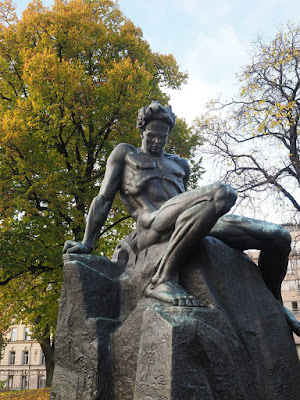 Johan August Strindberg  ( 1849 – 1912) was a Swedish playwright, novelist, poet, essayist and painter. He wrote over 60 plays and more than 30 works of fiction, autobiography, as well as historical, cultural and political essays.  He is considered the "father" of modern Swedish literature. 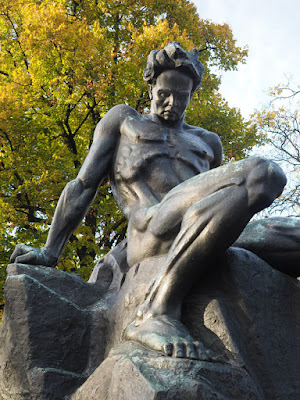 Carl Johan Eldh (1873 – 1954) was a Swedish artist and sculptor.
One of Eldh’s major public works is  the grand statue of Strindberg in Stockholm, which was first executed in plaster around 1930 and completed in 1952. 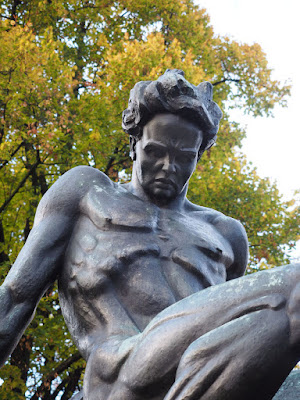 Tegnérlunden is a Stockholm park at the border of districts  Norrmalm and Vasastaden. It was originally erected 1890, but was re-constructed in 1940. On a hill in the parks's eastern part stands Carl Eldh's massive statue of August Strindberg. 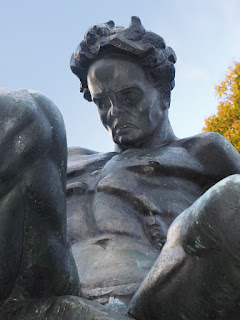 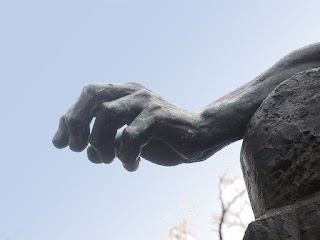 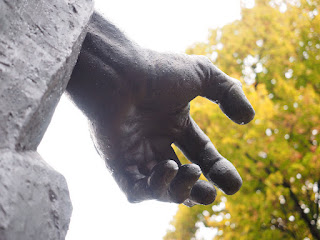 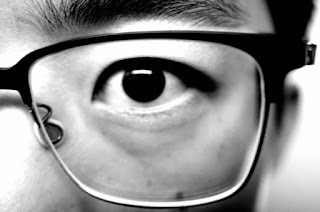